Merry Christmas from all at ChalkStar

It seems like it was only last week that we set about writing our end of year post. It’s been an interesting one for sure. Many interesting projects, some still ongoing and some all wrapped up.

The year also saw the loss of some good friends, and in the sense of the office, some new arrivals.

Next year is already looking very good and we are all very excited about what that holds. Watch this space, and lets see what we can achieve together.

Wishing a Merry Christmas and a happy New Year to you all, from the team at ChalkStar.

Making a Christmas Music Video for all the right reasons

There is nothing we enjoy more than making a music video, to date we have made quite a few (and have a lot more in the pipeline), but when a legend like Nick Cope pops into the office to talk about making a Christmas music video for a charity single he was about to launch, well, we get very excited. Nick had a clear vision, and a rough cut of the song. How could we say no? 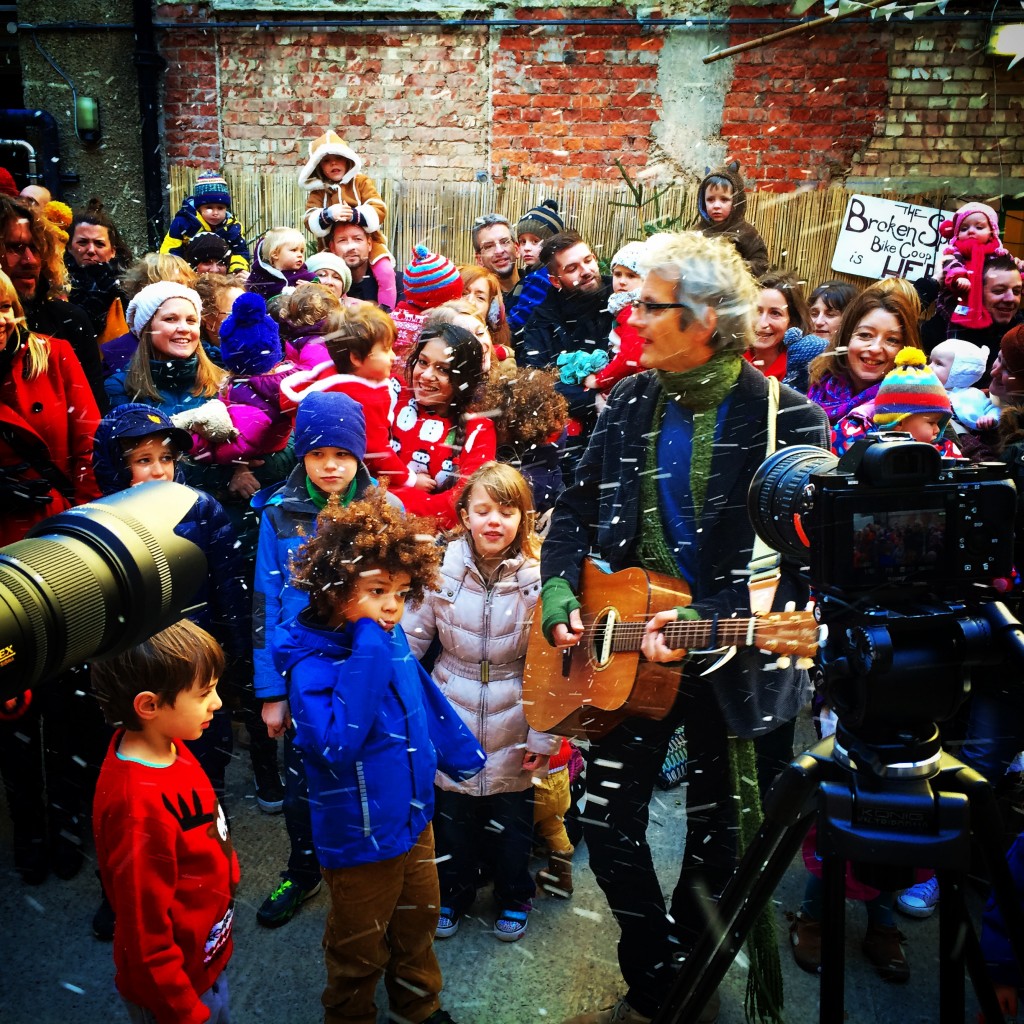 So for just over a week we followed Nick around Oxford filming him singing along with the families, Nick was very clear that we were to have as little impact on the homes of the people in the video as possible, this meant a cut down crew and a very fast turn around at each location. The people, well they were very accommodating, and the warmth that everyone felt for nick was clear from the first to the last house. We were certainly made to feel very comfortable.

Snow at Christmas? What Christmas Music video would be complete without snow (sorry for the spoiler but the snows not real!), but the results? I think you can see that it looks very real. And The Story Museum in Oxford were very accommodating indeed.

And the best thing? 50 % of all the profits go to The Great Ormond Street children’s hospital.

You can buy the single here

and you can see the Video here

It as a lot of work (if anybody had told me that this would be our most epic edit to date…), but what a lot of fun. Lets hope that the single gets out there and raises as much money as possible for GOS

We’ve been working on a pilot for an internet T.V. show over the past few weeks, and the Mitsubishi Outlander PHEV (Hybrid), supplied by Humphris of Oxford,  has been invaluable over that time. It’s refined drive and comfort allows us to arrive after a two hour drive both too and through the City of London after a very early wake up call feeling refreshed (thank you Mitsubishi for the extra large coffee cup holders). This weekend it transported three crew, three cameras, two tripods, a set of lights and our Rhino Evo Slider with out compromising on our cabin space. It even had enough space to allow our Camera Assistant to have a comfortable snooze on the way home.

It’s often the little things that make a difference with a car, and for us when carrying gear (fortunately not in the rain this time) there is no fumbling for the keys, as long as you have one in your pocket a quick tap on one of three buttons and hey presto, you’re in. The boot even opens for you meaning less balancing around with kit. A quick tap on home on the Sat Nav and we are guided back through London with no problems (other then the capital’s traffic), and whilst the others doze after a hard days work I get to listen to the football on 5 live courtesy of the excellent DAB radio, though if they had their way I think the other occupants would have liked to plug one of their phones into the audio aux input (though I still have control from the steering wheel).  Oxford to the docklands on a frugal £20 makes our tight budget go just that little bit further, whilst being a hybrid means we’re taking better care of our environment too.

And to top it off it was a beautiful day in an amazing setting!

The Outlander PHEV is revolutionary, combining full off-road ability with amazing fuel economy of up to 148MPG. It is able to drive on full electric power for up to 32 miles – more than enough for the average daily commute.

Other extraordinary benefits include: