Our Creative Home; Our Own Production Studio

Like many small businesses we started from home. It keeps costs down and allows you to channel your financial resources into equipment. In the early years it makes sense though sooner or later you’ll find the need to expand and claim back your home. Give yourself clear separation of time and space. We needed a Production Studio!

A few years ago we found a great little production studio. It wasn’t too corporate which we felt was really important and there were lots of other creative businesses there too. For a few years we felt at home. It wasn’t perfect: in the summer it was too hot. In the winter it was freezing first thing in the morning and sweltering by lunchtime. The worst thing about it from a production point was that any time you wanted to record sound, someone else would decide that they needed to run up and down the stairs or test their latest hammer collection!

Of course we could have insulated the office, though we never quite worked out how to sound insulate the antique wooden floor. It was about this time that we started watching George Clarke’s small spaces. We saw some wonderfully creative buildings and began to wonder if we could build our own production studio – literally in our own back yard?

As we talked this plan through with friends and family various ideas were discussed. One solution involved making our production studio out of a shipping container. Another suggestion was collecting and recycling discarded pallets. Another, far too sensible solution (which I dismissed far too hastily) was a log cabin. The project stayed in the planning stage for some time. Then one day, whilst doing something completely unconnected we happened across some display cabins. Stepping inside we found that they had a lovely warm ambience. They had a feeling creativeness and the one we were in was crying out for us to bring it home.

All of our spare time this spring was spent clearing a cabin sized space to make way for our brand new Production Studio. We paid the deposit to Quick Garden for one of their Wissous log cabins.  Then on the first of this summer’s really hot days  was spent laying the concrete base. Poor access meant that we had to do this the hard way: one shovel at a time. In early June our production studio arrived. It was the mother of all flat packs, completely covering the drive! And it was a long, long way from being our new home. 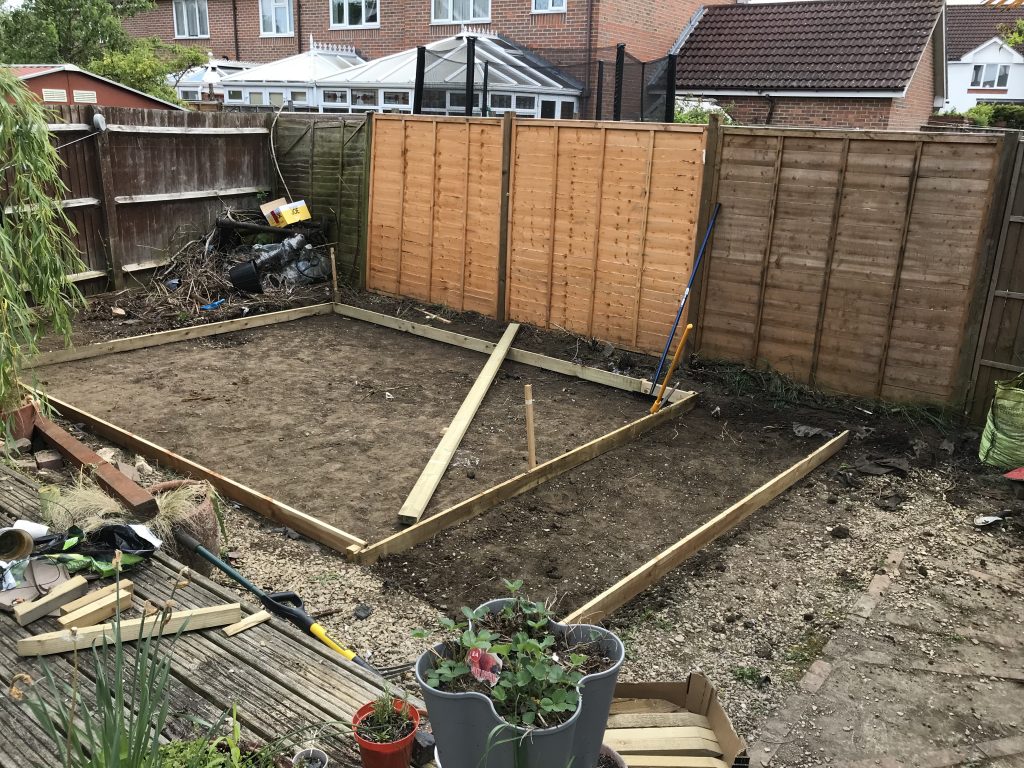 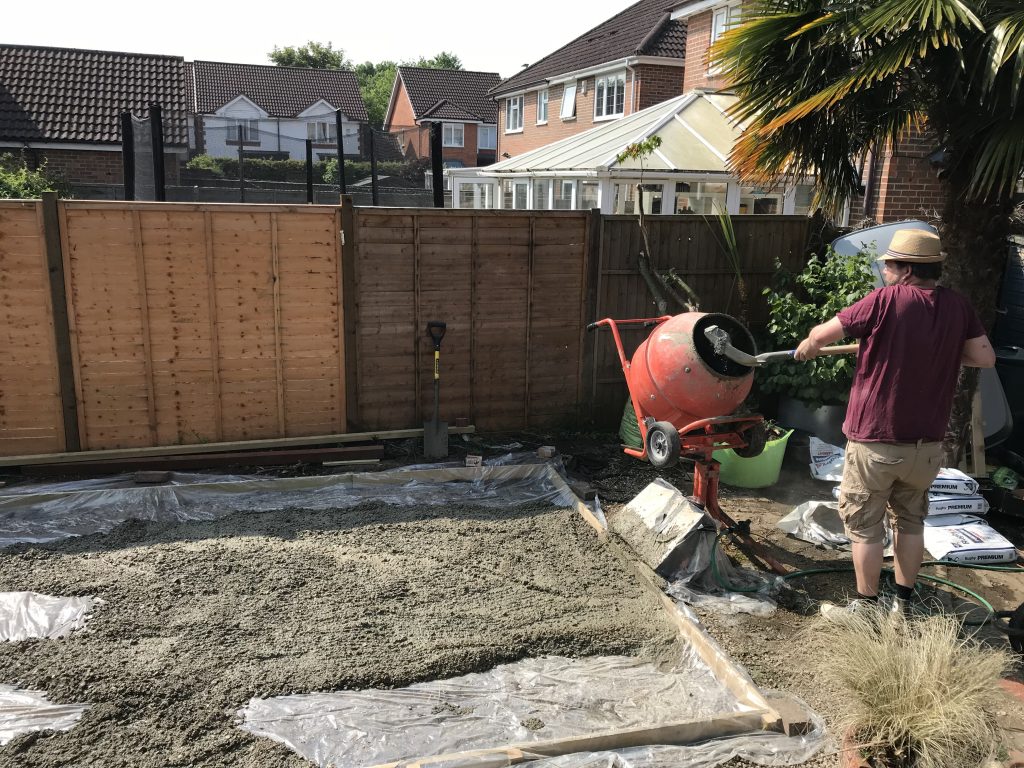 It took two hours to break down the parts and carry them by hand to the “Production Studio” construction site”. Lunch in hand the construction started in earnest. We’ve both put a fair few Ikea kits together (we also spent our younger years making Arfix Models) and having watched the online instruction video we cracked on. It wasn’t all plain sailing; there were a few issues that needed sorting during the build. Long freshly sawn softwood logs have an awful habit of warping which the assembly video seamed to skip over. Armed with a couple of F clamps, a rubber mallet, a fair bit of twisting and no little blue air we were up and running again. 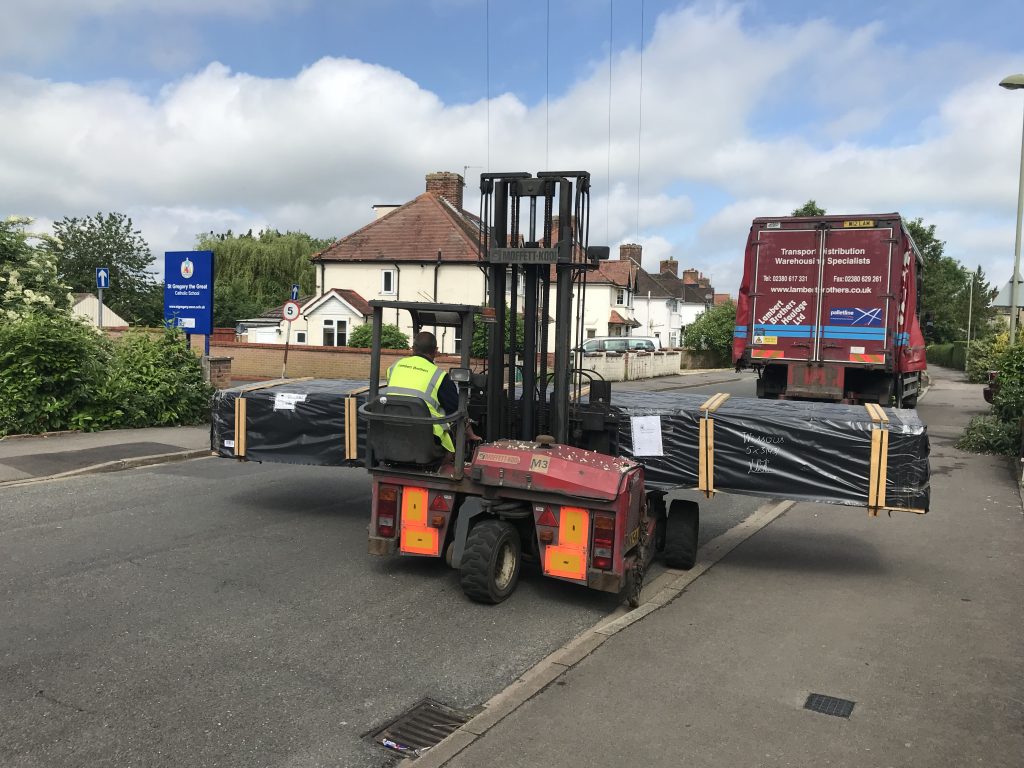 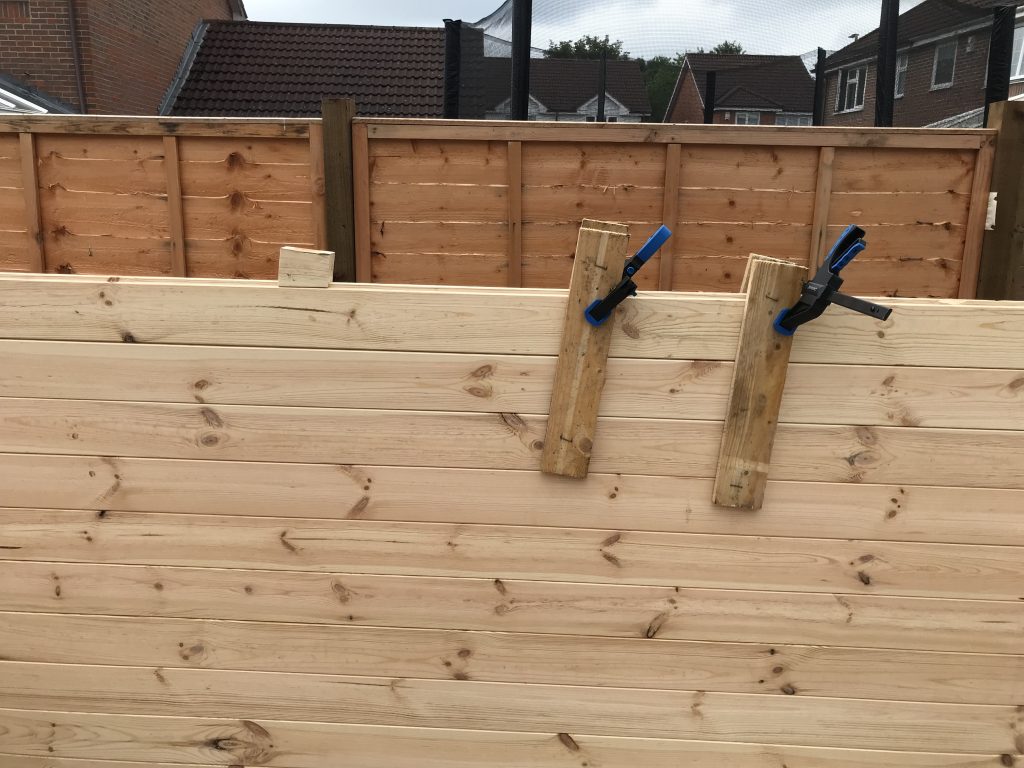 It might be a surprise to learn that by lunchtime on day two, with help from a couple of friends, having only started at lunchtime the previous day, we were nailing the roof boards on! Ok, so it wasn’t our state of the art production facility quite yet but it had four walls and a roof. There was a definite feeling of achievement. Another 24 hours saw the windows, doors and the floor go in. We were on a roll! 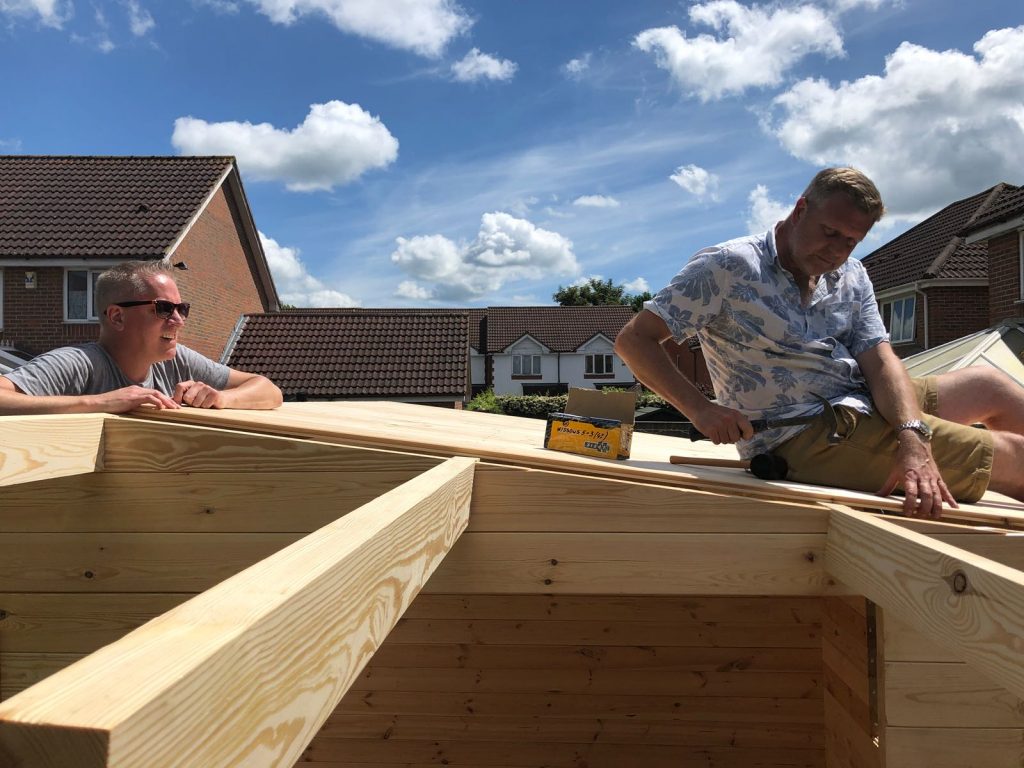 Over the following days and weeks we made the roof waterproof, fitted the carpet, the furniture was moved in. Finally it was time to install our computers. It took a few weeks to get the electrics sorted so we started using running the production studio on extension leads from the garage. The Sparky’s work was done by the end of June. The first test for sound booth came when professional water-skier Charlie Emmet came in to do the voice-over for his EyeDream promo. It worked a treat! 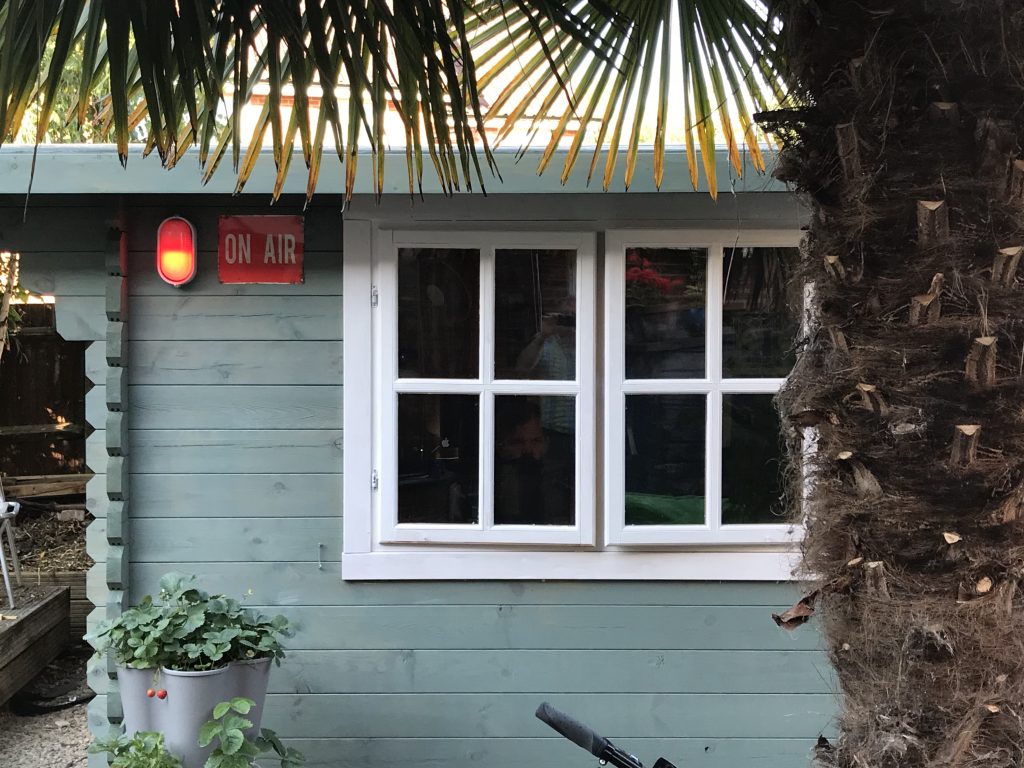 We now have our own production studio and as predicted it’s a wonderful space with a great ambience. It’s not far from the city centre and has ample parking for visiting clients. Interestingly it feels like it has always been here. And if your in the area, why not swing by and see what we can do for you.