Firstly we would like to thank everyone for the overwhelming support that we have received over the last few months. We have been especially touched by the sheer volume.

Further to our update on 13th May regarding No Balls/Scrum Like it Hot, despite our written request, dated the 20th May, our images and biographies were not removed until the 29th of November. Whilst we understand that the producers have to credit the writers, we are pleased to say  that their website no longer implies that we are active members of the team. We were concerned that  supporters of the project might get the wrong idea about the extent of our on-going involvement with the film.

To clarify our position:

We have still had not met with or spoken to the new Director about the film (a brief contact has now been made dated 06/12/2013).

Simon and I are no longer members of the team. Simon has not spoken to the producer of the film since November last year. I have not spoken to them since our last meeting on the 23rd of March.
The new Director’s statement clearly opposes my own creative vision.  The film was conceived as a family film, suitable for all ages. My vision was for a film with the style of the ‘Pink Panther’ and pace of ‘Back to the Future‘. More ‘About A Boy‘ than ‘Bridesmaids’, something with a classic British feel. The new director repeatedly references Bridesmaids in his vision for the film. Bridesmaids is a film aimed at an adult audience which derives it’s humor from strong language, strong sexual references and crudity and has a distinctly American flavour.

I have been to countless games and spent an awful lot of time learning both about the sport and the people that take part. The action was to be shot in a style akin to saving Private Ryan and respectful of the intensity and passion that I witnessed so many times.

In summary the new website for the film had implied that we were still involved with the project, we are glad to be able to say that is no longer the case.

Statement From the Writers of No Balls – Scrum Like it Hot

As I’m sure most of you are now aware, I am not currently attached to the project “No Balls” AKA “Scrum Like it Hot” and a new director has been attached.  I am greatly saddened not to be involved after four years of development and hard work, up until now it has been the focus of my life.  It is important though that I underline that I have not stepped down, and I have not spoken to the new director about his attachment to the project.  I have not been involved in this process at all.

It is also important that I point out to those people who have supported myself and my team over the last few years, that the very last thing I would have done at the moment is to step down, this is not my choice and my own treatment that I have received is something that will cut deep for a very long while. The film now trying to find funding has very little to do with us. As far as we’re aware, the project will still be based on the script that Simon and I wrote, based on my original idea. However, that’s as far as our involvement currently stands, and we do not endorse the project.

For these and other reasons Simon and I feel we must distance ourselves from the project. We are no longer convinced that the film “Scrum Like it Hot” will resemble anything close to our creative vision.

By all means support the project, but be under no illusions that in doing so you will be supporting us. You will not be.

As for myself and my team, we have picked ourselves up, dusted ourselves down and are now working on further projects, as disappointing as events of the last few months have been, we have not been put off doing what we believe we can do. Expect further statements regarding other projects in the future.

In the meantime, I would like to thank every single person that has believed in us and for all the support that we have been given. It all means more to us then we can possibly express. 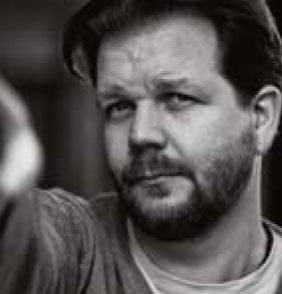 No Longer attached to the “Scrum Like it Hot” Project.

It’s a busy time at ChalkStar Towers, with three music video’s on the horizon with Faroutlaw, NineStone Cowboy & Lee Christian (of Smilex fame) all due to be filming over the next month or so.

We are also in the middle of shooting the pilot for a TV show that we hope will start airing early spring. All we can say is that if you like cars then it may well be something for you.

ChalkStar Films is also working closely with a group of Oxford based actors on shooting a teaser for a locally based detective series that we hope will become one of our mainstays over years to come. If you are thinking Inspector Morse, Lewis or Endeavour, then you are far, far off the mark…

It’s starting to look like a very busy but extremely exciting and productive year!